Up until recently, cryptocurrencies have been the rebel-held badlands of the financial world, riddled with criminals, con men and computer hackers. Though regulators across the globe are finally starting to formulate meaningful plans to put an end to this ungovernable “wild west”, the troubles are far from over and as due diligence professionals, we have to be ready to guard against the risks they still pose.

The biggest cryptocurrency scandals of 2018

The biggest hack (so far): In 2017, crypto exchanges recorded approximately $266 million in losses from hacking. The first half of 2018 recorded triple this amount and the biggest of them all was the massive $530 million Coincheck hack which took place in Japan this January. The company attributed the theft to a lack of talented developers on its own staff.

The biggest ICO fraud (so far): March 2018 saw Vietnamese cryptocurrency company Modern Tech launch an ICO for Pincoin, raising $660 million. After this successful ICO launch, the company introduced a second token, Ifan, with which it paid the Pincoin investors. Then the 7 strong team disappeared, leaving an empty office and a website that contained no useful information whatsoever.

Guarding against hacking through due diligence

This is not rocket science stuff, it simply requires you to apply the same rigorous approach you have to cybersecurity on any other type of investment to this one. And then raise your game a little. Ok, well, a lot. The main challenge will be understanding the answers you receive to your questions as they are likely to be highly technical.

Managers specialized in investing in cryptocurrencies are still just managers at the end of the day, for all that the investment landscape they operate in is very new and entirely digital. In fact, it is this very characteristic that should allow you to hold them to even higher standards of preparedness when it comes to cybersecurity.

Guarding against fraud through due diligence

As with hacking, you don’t really need a hugely different approach to guarding against fraud in cryptocurrencies. You just need to apply your existing working methods in a new context and treat all anomalies with suspicion, requiring diligent and comprehensive further investigation.

Think you need to brush up on your due diligence skills in light of this evolving market of cryptocurrencies? Take our quick quiz and receive an individually tailored recommendation for the perfect due diligence certificate course for you. 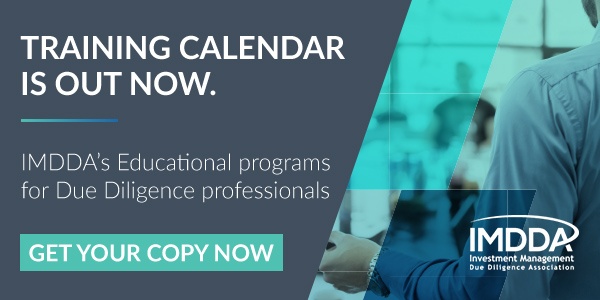